Press enter to begin your search

Looking for information on recovery of valuable cultural or personal materials such as videos, photographs, or LPs? Jump to Disaster Recovery Resources for Collections below.

In July 2016, I relocated from Brooklyn, NY to St. Augustine, Florida — the nation’s oldest city — with my husband and our baby son, to be closer to family. A few short months after we arrived, our area was hit badly by Hurricane Matthew. Many people lost their homes, others have spent most of the past year recovering their lives. Several of my neighbors just moved back into their flood damaged homes within the last month.

Today is the fourth day after Hurricane Irma ravaged our state, less than one year after Matthew. After a few days of eerie silence, the power is slowly starting to come back on throughout the area, and those who evacuated are returning to see how their houses fared. Tragically, many of those neighbors who just finished recovering from Matthew are now hauling their sopping-wet belongings back out onto the curb. It’s heartbreaking to see. Our situation seems to be unique; the New York Times even wrote a feature story about St. Augustine’s hurricane woes this year. 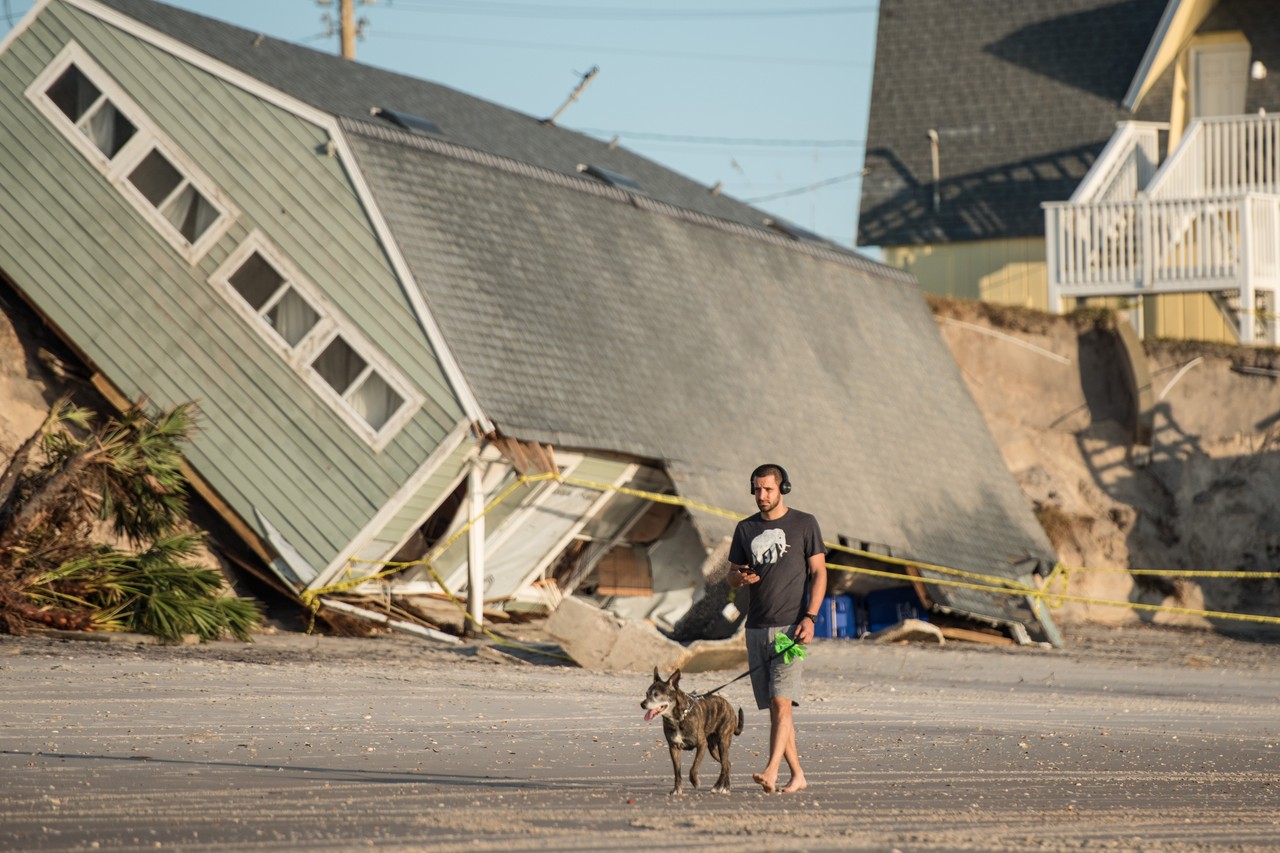 A collapsed home in Vilano Beach, Florida, following Hurricane Irma, about 2 miles from my house. The dunes were badly eroded during Hurricane Matthew in 2016 and could not withstand Irma’s strength. [image source: Wall Street Journal]

It sometimes feels as though hurricanes follow me around. Or maybe I follow them. In 2005, I was living in New York, going into the second year of my masters at NYU’s Moving Image Archiving and Preservation program, when Hurricane Katrina hit New Orleans. I felt compelled to use the skills I was developing in school to help organizations and individuals with their flood-damaged film, video, sound, audio, and photograph collections. I ended up making several trips to Louisiana throughout the next year, learning valuable lessons in disaster preparedness and recovery from folks whose collections were badly damaged in the flooding, as well as those whose collections were spared thanks to careful planning. The result became my master’s thesis. In 2012, I was in New York for Superstorm Sandy, and was able to use my past experience to help recover Eyebeam’s media archive, along with other dedicated volunteers. I wrote about that experience here, and there was actually a short film made about the recovery effort by an Eyebeam resident and filmmaker, who helped lead the team.

Then there was Matthew, now Irma. And let’s not forget Harvey, the Mexico earthquake, and Jose out there in the Atlantic. And the increasing number of powerful storms yet to come.

In the years since I first started working on recovery of media collections following Hurricane Katrina, I have conducted numerous workshops on disaster recovery around the world, and written several articles, including a book chapter on disaster preparedness and recovery for audio collections (see Resources below). Of course, the demand for training and information on this topic always increases just after a disaster. The trouble is, they don’t often strike very close together, so the training doesn’t always get put to good use, and by the time the next emergency comes around, people have often forgotten what they learned.

However, I observed that with this storm, particularly in this part of northeast Florida, people had not forgotten. Matthew was still very fresh in everyone’s mind as Irma approached, and everyone knew more or less what to do. People did not just throw chance to the wind assume that it would miss us (you didn’t hear much of the old, “Oh, these things always turn at the last minute, it won’t hit us….”). They knew what hazards their homes and businesses were vulnerable to, what preparations to take, what emergency supplies were necessary, and to protect the things they care most about. (At my house, we knew that our area would likely flood, so we moved our record collection, valuable artwork and photographs, and nice furniture upstairs. We are lucky to have an upstairs to move them to. And even more lucky the water never reached our front door. We got 6-8 inches in the garage, but we had moved everything we cared about from there into the house). As expected, what we saw during Matthew repeated with Irma. And as sad as it is that we are going through this again, it is somewhat heartening to see people put preparedness and recovery knowledge to work. They mobilized quickly in advance of the storm. And now that recovery is beginning, people know what steps to take, and are getting to work. 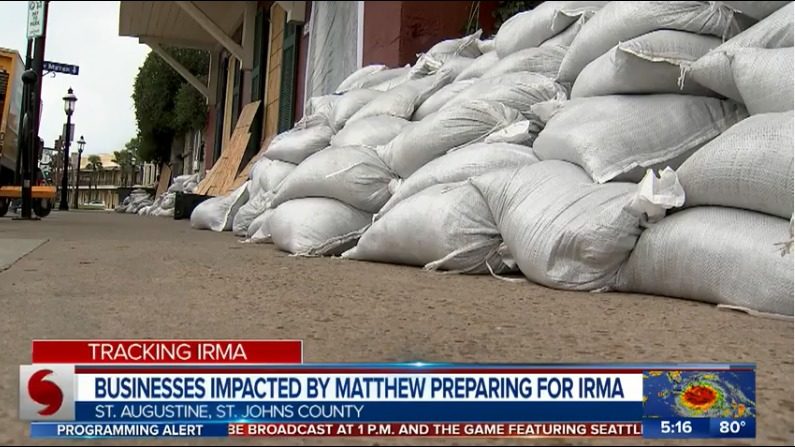 One of the lessons that I took away this time is one that I always knew, and always tried to impart during workshops I taught, but never really got to see in practice: it really does pay to have your disaster preparedness plan fresh in your mind. And you can do this without having to go through a flood or fire yourself, by making disaster planning a routine in your organization:

• Follow the golden rule: ensure all digital data is backed up to a separate geographic location. In the digital age, we are really fortunate to have a fairly efficient and cost-effective way to protect assets from disasters. It is essential to take advantage of that!

• Really know the risks to your area and your building. Are you in a flood-prone area (which you may be even if you aren’t in an official flood zone)? Do some research: talk to your neighbors and local government authorities. Take this very seriously, as it will guide your approach to preparedness.

• Designate responsibility for disaster preparedness. Assign a team of people who are responsible for preparedness and recovery planning at your organization.

• Perform disaster recovery tests of your backup digital infrastructure at regular, fixed intervals. Ensure you can recover all business-critical data — including files and databases — from on-premise and cloud locations without loss.

As the seas warm and the threat of powerful storms increases, all organizations must become more disaster-centric. I hope the experience of those of us who have been through several of these emergencies will be a wakeup call for those who have not. Just remember: it’s not a matter of if, it’s a matter of when. Prevention may require a significant investment, but it’s nothing compared to what the recovery cost will be. And there is nothing more valuable than peace of mind.

If you need help with recovery of your collections, please don’t hesitate to reach out to us:

Preservation Response & Recovery Resources from the Library of Congress